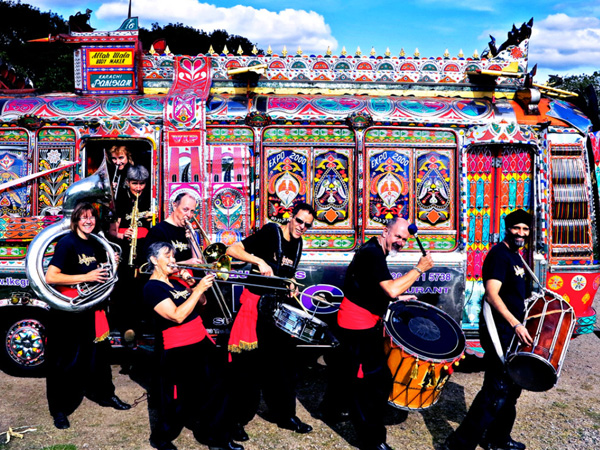 The Bollywood Brass Band is the UK’s pioneering Indian-style wedding band, playing the great tunes and compulsively danceable rhythms of the most popular music in the world.

Wielding saxophones, tabla, dhol drums and a colossal sousaphone, they are one of the most colourful, joyful and exhilarating acts around. With six hot horns and four funky drummers the band’s live performance has been described as ‘a truly rambunctious affair’. Blending the hottest Hindi film hits with riotous Indian wedding music and Punjabi beats, the band offer a uniquely London take on the world’s most popular music.

Together for over ten years the band has travelled the world, taking their colourful carnivalesque act to over 25 countries along the way.