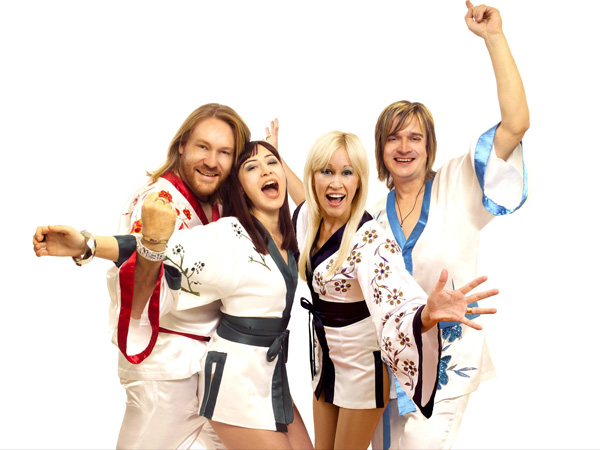 The Definitive Tribute Band of ABBA

Starting out in Melbourne 1988, Bjorn Again have become the definitive tribute band of ABBA. They have played in internationally and have performed alongside the likes of Bon Jovi, Nirvana, Bryan Adams and Sting.

Bjorn Again take a very light-hearted approach to their portrayal of ABBA. While keeping pretty faithful to the songs themselves, the rest of the act is something of a send-up or parody, delighting their fans.

To date Bjorn Again have performed more than 2,000 shows in 45 countries with no sign that their popularity is diminishing.