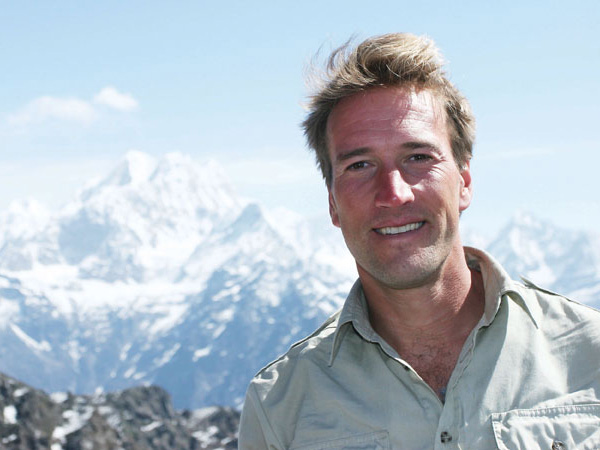 Broadcaster, traveller and adventurer! Ben has rowed the Atlantic Ocean, crossed Antarctica on foot, run across the Sahara and crossed the Empty Quarter on camel. A presenter on numerous hit programmes on the BBC, ITV and Channel 5 including, New Lives in the Wild, Extreme Dreams, Countrywise, Harbour Lives, Through Hell and High Water and Crufts, he also writes regularly for the Sunday Telegraph and has written six Sunday Times bestseller books. A great motivational speaker, facilitator and awards host Ben’s approach is charming and engaging and he will captivate your audience, providing a very special experience for all concerned.

An ambassador for WWF, Medecins Sans Frontier, Tusk, Centrepoint and the Princes Trust, Ben is also a fellow of the Royal Geographical Society and patron of The Royal Parks Foundation.

He is currently filming his 5th series of New Lives in the Wild/Where the Wildmen Are and Migration for Channel 5.

In 2000 Ben volunteered to be marooned on Taransay, a remote windswept island in the Outer Hebrides as part of the BBC’s big millennium project Castaway 2000 and so his media career began.

He has since presented numerous programmes including the BBC’s Animal Park, Countryfile, Wild in Africa, Wild on the West Coast, Crufts, One Man and His Dog, Country Tracks and three series’ of the hit BBC adventure show, Extreme Dreams in which Ben led ordinary people on extraordinary journeys across some of the most hostile environments on earth.

He also made A Year of Adventures for Lonely Planet and BBC Worldwide, Storm City for Sky One and National Geographic and currently presents Harbour Lives, Countrywise and Fisherman’s Lives for ITV and New Lives in the Wild (Where the Wildmen Are) for Channel 5. He is also a Special Correspondent for NBC News in the US.

Ben has made documentaries on Prince William in Africa, disease in Ethiopia, Captain Scott in Antarctica and Crocodiles in Botswana.