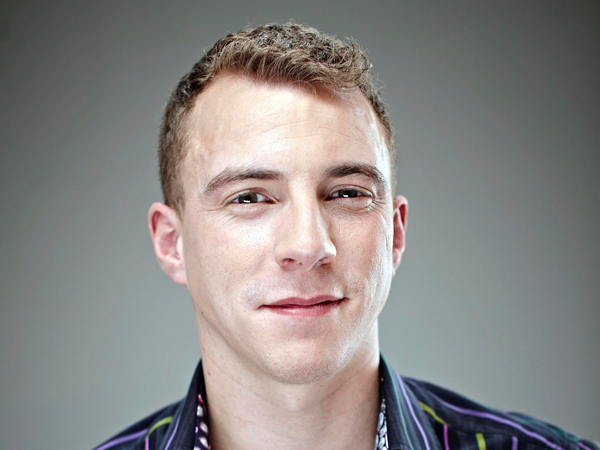 Arthur Williams is a young and exciting new presenter and speaker. Arthur was a Royal Marine serving with both Lima Company 42 Commando and 6 Assault Squadron. An active and extremely fit individual he served in Sierra Leone aboard HMS Albion and was specially trained as a signaler in sophisticated military communications and data transfer. However a severe car crash in 2007 resulted in Arthur being paralysed from the waist down. Courageously he has rebuilt his life and set his sights on a  new career in the media where over the last 6 years Arthur has presented for Channel4 working on ground breaking documentaries and live Paralympic sport.

While searching for new challenges Arthur spent time training with friend and world record holder Micky Bushell and in 2009 Art entered the Birmingham wheelchair marathon and won. He then spent 4 months in 2011 training with the GB cycling development squad alongside friend and Beijing wheelchair athlete Brian Aldis.

He also decided to go back and pursue one of his childhood dreams; he had always wanted to be a pilot and started to set his sights on gaining a pilot’s licence. While researching he came across a charity based in Hampshire then called Aerobility. Before long Arthur had taken his first trial lesson and was hooked. He subsequently went on to gain his private pilot’s licence and a class one medical from the civil aviation authority. Art is still flying and gaining new qualifications all the time, a skill that he has since been put to good use for TV.

Identified by Channel 4 as a star of the future. Arthur received rave reviews for his presentation of Channel 4‘s Paralympic Games 2012 as well as being named by Bafta as a ‘break through Brit’ and nominated for a Grierson award for best documentary presenter. He also presented the Sochi Winter Games and Paralympic Games coverage for Channel 4.

In 2013 Arthur also made his first breakthrough as a factual presenter on Channel 4 using his knowledge and passion for military history as a reporter for the widely acclaimed two part series D-Day As It Happened.  Arthur followed this up with a 60 minute authored documentary, The Plane That Saved Britain. The film centred on Arthur’s love for the unheralded World War II aeroplane The De havilland Mosquito.

Having presented two series of flying around the world in ‘Flying to the ends of the Earth’ 2017 sees Arthur take to the skies once again but in and around the Great British Isles.