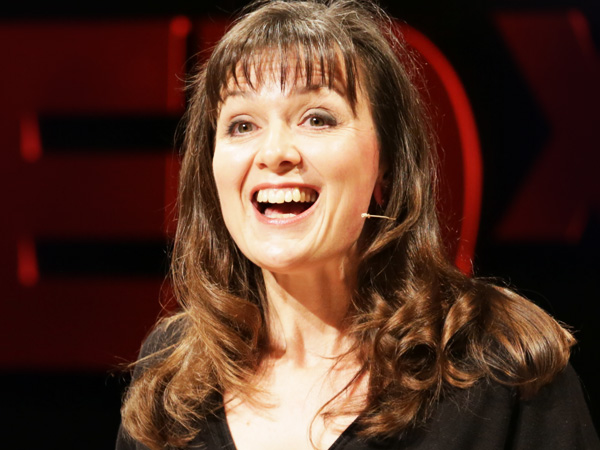 Highly experienced and professional corporate presenter, Angela is at ease whether she is hosting an international conference on Nuclear Fusion or conducting a business television interview with your CEO. It’s like having your own, dedicated BBC special correspondent on call for your conference, event, corporate communication, or award ceremony and she provides world-class presentation standards. Notably, the majority of Angela’s work is repeat business, which speaks volumes. Angela specialises in science, technology and engineering. With an IQ of 150 concealed behind a rather disarming smile, her flawless yet down-to-earth presentation style has won her a loyal and enviable client list.

Angela is popular for her intelligent but down-to-earth presentation style.  She has presented from BBC Television Centre, Buckingham Palace, the top of a volcano in Japan and from a fishing boat in a force 8 gale (whilst doing her own sound recording, as the sound man was out of action below decks).

Her subjects have included inventions, physics, maths, technology, biology, ecology (and many other ‘ologies’).

BBC Radio 4 “The Invention of Baby”