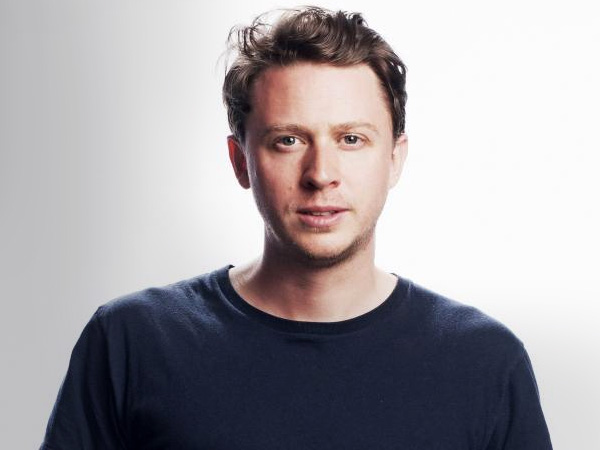 Andy Jaye is a live television and radio broadcaster. His experience spans a wide range of entertainment for the BBC, ITV, Channel 4, Channel 5, Sky Sports and the Discovery Network covering the past 20 years.

His career began at CiTV, progressed to hosting football for Sky Sports, ITV and the Arise News Network, before moving into travel, adventure journalism, music and chat shows for many international broadcasters.

Recently Andy has been pivotal in several car and technology events and launches, coinciding with his national radio show ‘The Motor Show With Andy Jaye’ and his podcast ‘Tomorrow’s Nerd’ with Jason Bradbury.

Andy has extensive corporate event hosting experience, has interviewed A-list celebrities across the globe, and is passionate about bringing the audience closer to the action, people, places, and things they love.

Andy’s sports broadcasting career began at Sky Sports, where he hosted a daily football show, ‘The Paper Round’, online. More recently, motorsport has been a key focus in Andy’s career, and he has hosted numerous series for Channel 4 including British GT, F3, and Rallycross. While on two wheels, his credits include the MotoGP at Silverstone, and the Speedway GP and World Cup action for Eurosport. Additionally, Andy was a part of Formula E’s maiden season on ITV, where he hosted the live broadcast from Berlin and Moscow. He was the on-site reporter for the final in London, and he is now the face of the FIA Formula E Championships( ‘green’ racing) which is broadcast live in a studio setting on Channel 5.

A fantastic voiceover artist, Andy has voiced projects for a huge array of clients, including Coke Zero, Nintendo, L’Oréal, Alfa Romeo and Top Gear magazine. He has has hosted a number of corporate events, including the Mobile World Congress in Barcelona, Ben & Jerry’s Sundae (a music festival) on Clapham Common, FLYA celebration in Trafalgar Square, Institute Of Directors annual conference at the Royal Albert Hall, to name a few.

Andy has a regular, weekly slot with Saturday live on TalkRadio, on The Motorshow. His own show, dedicated to bringing an entertaining look at everything tech from motors to gadgets, and everything in between, has already proved extremely popular with listeners.

Andy is heavily involved in the world of cars. He launched the new Land Rover Discovery to the world alongside Bear Grylls, Sir Ben Ainslie, and Zara Phillips. The event itself broke Guinness World Records. He also unveiled the Jaguar I-Pace at a virtual reality presentation in LA, the first of its kind in the world. Given his ties to electrification, this was a particularly proud moment for him. Andy has also helped to open the Jagar Land Rover SVO facility and introduced the new, Jaguar XKSS to the world. Thanks to his radio show, Andy has also worked closely with the Porsche Experience Centre at Silverstone, and had behind-the-scenes access to Aston Martin’s top team, at their headquarters in Gaydon.

On a more personal note, Andy is a father of two, a fan of almost every sport you can think of, a film buff, and a keen drummer. He is also a patron of the charity ‘Edgar’s Gift’.