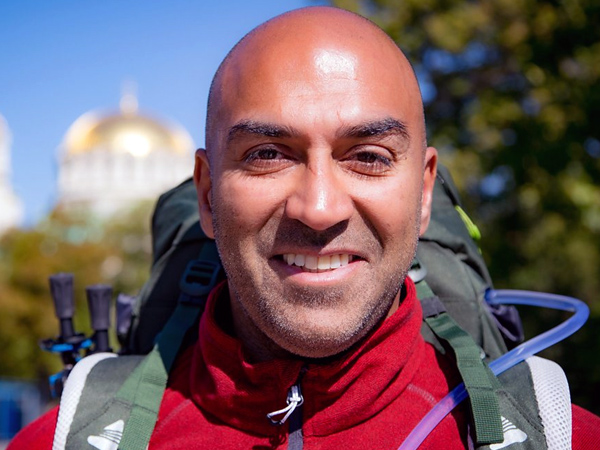 Amar has an astonishing track record of facing up to major challenges. Due to an incurable eye condition, Amar lost 95% of his sight by the age of 18. Through sheer determination, he has managed to turn an unpromising tale of loss, into one of truly inspirational achievement.

Amar became known to millions through the groundbreaking BBC2 reality series, Beyond Boundaries (series 1), a jungle endurance expedition across Central America. Screened worldwide, this was a gruelling 220-mile trek on foot across the rugged interior of Nicaragua, from the Atlantic to the Pacific coast. Amar had to ford swollen rivers, cut through dense jungle, cross waterfalls, climb a 5,000 ft. active volcano and navigate the second largest lake in Latin America.

Read More
Though he has faced major challenges throughout his life, Amar has managed to turn an unpromising tale of inherited disability and loss into one of truly inspirational achievement.

Amar’s multi-faceted career has seen him work his way up through the corporate world, risk it all to build a successful and world-unique international business, and present successfully across Channel 4 and the BBC, including The Last Leg Goes Down Under and How to Get Fit Fast.

Amar’s multimedia presentations cover a wide range of topics, including entrepreneurship, motivation and inspiration, inclusive design, world travel, equality and diversity. All of Amar’s humorous speeches are relatable, fast-paced and supplemented with photos and videos of his exploits and adventures.

Amar’s motivational speeches are tailored to specific audiences and organisations, so rest assured that your audiences will be engaged with, motivated and inspired to move forward in both their personal and professional lives.