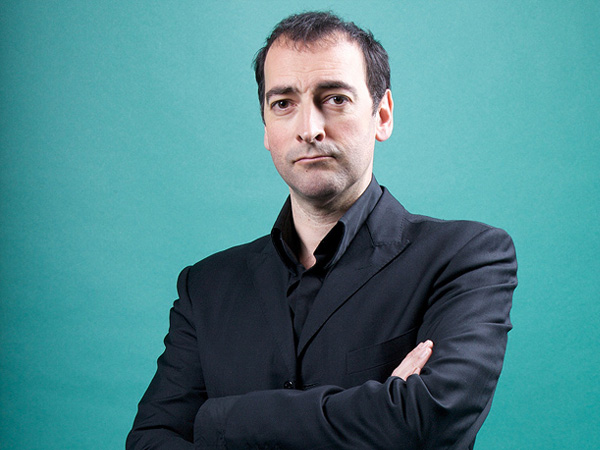 Alistair is best known for ‘The Big Impression’ which was, for four years, one of BBC1’s top-rating comedy programmes – winning numerous awards, including a BAFTA .

His diverse skills have won him much acclaim in the entertainment world. During his extensive theatre career he’s appeared in the West End in ‘Art’, as  The Emcee in ‘Cabaret’, the Mikado in ‘The Mikado’, Henry Higgins in ‘Pygmalion’ and The Dentist in ‘Little Shop of Horrors’ (for which he received an Olivier nomination). An accomplished Awards Host, Alistair is a great choice for your event

Alistair recently played the title role in Jonathan Maitland’s play, ‘An Audience With Jimmy Savile’ at The Park Theatre in London and at the Edinburgh Fringe and this controversial performance received universally rave reviews.

His 2016 he took his stand up show ‘Twelfth Impressions’ and a theatre piece called “Erik Satie’s Faction” to the Edinburgh Festival. The Satie piece is his own assembly of Satie’s words and music.

2015 also saw him embark on a successful stand-up tour with Jasper Carrott – and more dates are being set for the future.

Most recently on televison he lived as a Victorian in BBC One’s ’24 Hours in The Past’ and played Piero de Medici in ‘Leonardo’ for CBBC and took the lead role in BBC1’s ‘Mayo’ (co-writing several episodes).

On the big screen he appeared as Nico in ‘Driving Aphrodite’ with Nia Vardalos and Richard Dreyfuss.

As a regular on Radio 4 comedy and drama shows throughout his career, he has played Boris Johnson, Alan Bennett and Richard Briers in 3 different 2-hander plays in recent times.

He wrote the play ‘Timing’ (nominated for ‘Best New Comedy’ at the whatsonstage.com awards), the radio play ‘Three Pieces In The Shape of a Pear’ about Erik Satie (Radio 4 – Listen Here:)  and the book ‘How To Wean Your Man Off Football’ with former comedy partner, Ronni Ancona. His love of sport has seen him appear four times as a guest on ‘A Question of Sport’ and he has also been part of Radio Five Live’s Wimbledon commentary team. He is also fondly remembered by football fans, players and managers of a certain age for his ground breaking ‘Backchat’ Videos which made his name in the mid-1990s

He has directed Noel Coward’s ‘Semi-Monde’ at The Guidhall School of Music and Drama and ‘The Mikado’ and ‘Pirates of Penzance’ for Raymond Gubbay. His love of classical music has also seen him introduce a ‘live’ concert for Radio 3 and feature as a guest on Radio 3’s ‘Essential Classsics’.

He presented ITV1’s sports comedy show ‘You Cannot Be Serious’ and has also featured on ‘Bake Off For Comic Relief’, ‘Mock The Week’, has been seen on ‘Live At The Apollo’ and began his career by providing voices for the iconic ‘Spitting Image’.