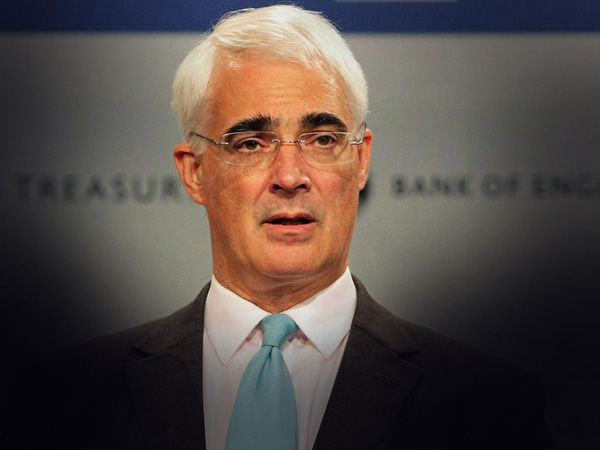 Former Chancellor of the Exchequer

A Member of Parliament between 1987-2015, Alistair now sits on the board of Morgan Stanley.  He memorably held the position of Chancellor of the Exchequer (2007-2010), where he played a key role in steering the Labour government to stability during a global economic crisis, which he said was arguably the worst economic time in 60 years.

Alistair also successfully led the Better Together campaign opposing Scottish independence in the 2014 referendum and stood in the failed bid to keep Britain in the European Union. With his experience as an MP for 28 years, Alistair provides a unique insight and considered perspective into the global economy.

Alistair served as Chancellor of the Exchequer from 2007 to 2010, during the most turbulent and far-reaching economic crisis the world had seen for 60 years. He introduced the measures needed to avert a collapse of the banking system, and played a leading part in restoring stability to global financial markets.

Born in London, after he completed the Loretto School, Musselburgh, he was admitted to the University of Aberdeen where he graduated in 1976. In 1978, he became a solicitor and in 1984, he was admitted to the Faculty of Advocates (a body of independent lawyers who practise law as Advocates before the Courts of Scotland). Alistair entered politics in 1982 when he was elected Councillor to the Lothian Regional Council and served as Chairman of the Transport Committee from 1986 to 1987. In 1987, Darling was elected as Member of Parliament for (the then) Edinburgh Central. He became Chief Secretary to the Treasury in Tony Blair’s first Cabinet, moving to Work & Pensions, then taking joint responsibility for the Scotland Office and the Department of Transport. His final role under Prime Minister Blair was at the helm of Trade & Industry, after which Gordon Brown promoted him to the Treasury.

As Chancellor, Alistair was widely credited with preventing recession from spiralling into a repeat of the Great Depression. By the time he left office, government borrowing was less than forecast, and unemployment and repossessions were both lower than many had anticipated. Looking forward he believes that Labour must stay in the centre ground, and that the country won’t be able to adapt to future needs unless both private and public sectors work together. In speeches he offers a dispassionate account of what’s going on in the world economy.

Having left parliament after 28 years, and after leading the campaign to keep Scotland in the UK, Alistair now looks at the events in Westminster and the financial markets with a new perspective. He also has more time to enjoy fishing and walking in the Hebrides, and spending time in the family croft. His love of the island of Lewis led the venerated journalist Magnus Linklater to celebrate his “perfect balance of Gaelic romanticism and Edinburgh canniness.”