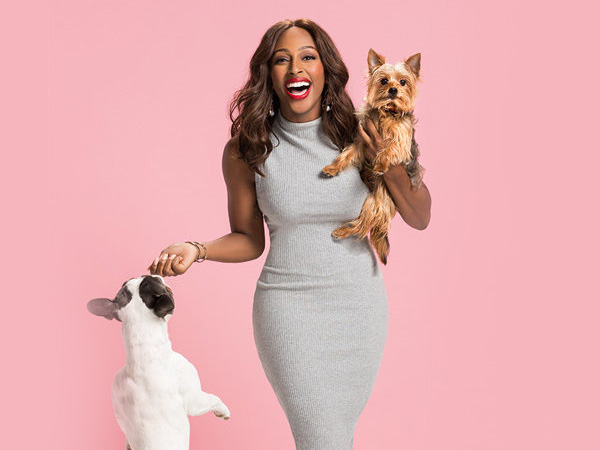 Singer and Actress Alexandra Burke rose to fame after winning the fifth season of The X Factor and is one of the most successful winners of the show selling well over 4 million records in the UK alone and staring on the West End in The Bodyguard and Sister Act.

During her musical career Alexandra has been the European record holder for single sales over a period of 24 hours for lead single “Hallelujah” and has released number one albums, “Overcome”, “Overcome: Deluxe Edition”, “Elephant” and most recently has self-funded a critically acclaimed EP named, “Renegade”.

With an infectious energy on stage, Alexandra is a sure fire way to liven up a range of private and live events, whether that’s as a headline performer or singing after dinner and into the night.

Alexandra Burke rose to fame after winning the fifth series of The X Factor in 2008 and currently stands as one of the most successful winners of the show selling well over 4 million records in the UK alone.

After winning The X Factor, Alexandra released the winner’s single ‘Hallelujah’, which became the current European record holder for single sales over a period of 24 hours, selling 105,000 in one day. The song also became the top-selling single of 2008 in the UK and the UK’s Christmas number one. By January 2009, the single had sold over one million copies in the UK alone, a first for a British female soloist.

Her debut album, Overcome debuted at number one in the UK Album Charts and spawned four number one singles on the UK Singles Chart and the Irish Singles Chart – ‘Hallelujah’, ‘Bad Boys’, selling over 780,000 in the UK and becoming a Platinum selling single, ‘All Night Long’ and ‘Start Without You’. The album became one of the most successful albums of that year in the UK and the singles released from the album earned her three BRIT Award nominations. The album also saw the release of UK top 10 hit, ‘Broken Heels’ and ‘The Silence’. In late 2010, Alexandra released Overcome: Deluxe Edition which was followed by ‘Elephant’ with Eric Morillo in February 2012, which became a hit single, with a peak position of number three in the UK. ‘Let It Go’ served as the second single and Alexandra’s second album, Heartbreak on Hold, was released in June 2012. In May 2015 Alexandra released her self-funded EP ‘Renegade’ which has received critical acclaim. Alex is currently putting the finishing touches to her new album which is scheduled for release in late 2017.

In 2014 Alexandra made her full West End debut when she played the lead role of Rachel Marron in the much acclaimed musical The Bodyguard. The reviews for her performance were stellar, so much so that she was asked to carry on the role for the UK tour of the production.

In August 2016, Alexandra stepped into the lead role as Deloris Van Carter in the musical Sister Act touring in the UK for an all new production. The show received 5 star reviews to sell out crowds Click here to buy tickets

Alexandra is currently the new face of Slimfast.

Alexandra is a celebrity ambassador for WellChild and is also a huge supporter of Chain of Hope in Jamaica, Breast Cancer Care and Diabetes UK.