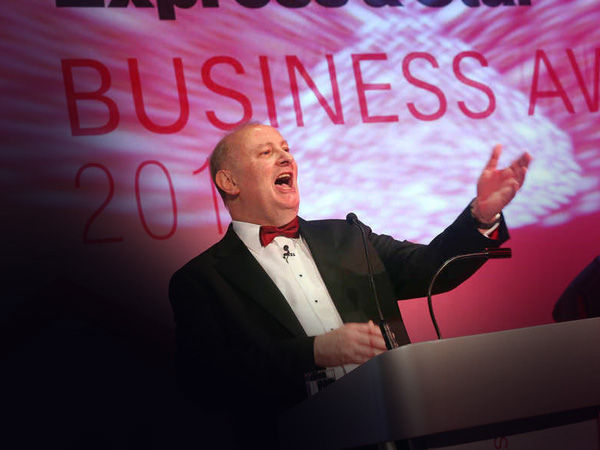 “Voice of the Balls”

Alan Dedicoat is a true professional best known as the “Voice of the Balls” on the National Lottery programmes on BBC One. He also reads the news on BBC Radio 2 where he is nicknamed “Deadly”.

Raised in Birmingham, Alan broke into show business by presenting on BBC Radio Birmingham. From there, he transitioned into national television and is now the well-known “voice of the balls” for the National Lottery. He also does the voice-over for Strictly Come Dancing and its American counterpart, Dancing with the Stars.

Alan is available to do voice over work and is a brilliant and funny After Dinner Speaker for private and corporate events!

Alan Dedicoat was born on 1 December 1954 in Hollywood, Worcestershire. The son of a newsagent he was educated at King Edward VI Camp Hill School for Boys in Birmingham, and the University of Birgmingham. He originally worked in the Civil Service as an Executive Officer before joining the BBC.

Alan joined the BBC in 1979 as part of BBC Radio Birmingham at Pebble Mill as a presenter, before moving to BBC Radio Devon four years later. After four years in the West Country, Alan Dedicoat moved to London to join the Presentation Department of BBC Radio 2 at Broadcasting House, and later became its head, a position he holds to this day. As part of this, he read the news on BBC Radio 2’s weekday breakfast programme, Wake up to Wogan, as well as on Sarah Kennedy’s show.

On television, as well as being the “Voice of the Balls” on the National Lottery programmes on BBC One, he also takes part in the BBC’s telethons such as Children in Need. In addition, he is the voice-over on Strictly Come Dancing on BBC One.

Since 2005, Alan Dedicoat has been the voice-over for Dancing with the Stars, the American version of Strictly Come Dancing.