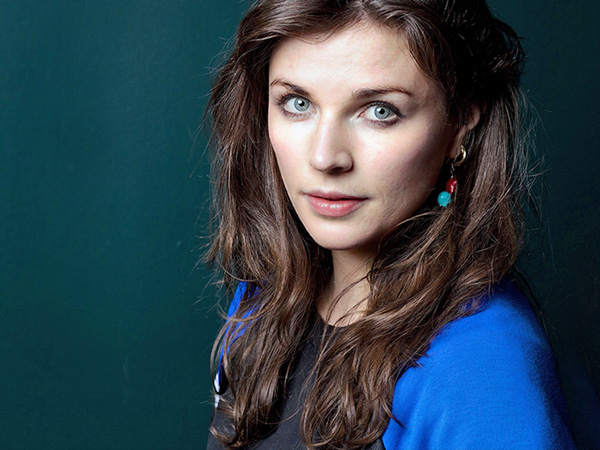 Aisling is a classically trained LAMDA (London Academy of Dramatic Arts) actor, British Comedy Award winning stand-up, writer and solid guest at a dinner party.  She’s also brilliant at mime and singing and dancing like everyone is watching. She has appeared in numerous TV shows and films, pretending to be other people and also pretending to be herself and writing about pretending to be people.

Aisling has appeared on almost every TV panel show in the UK and in 2016 became the first ever female team captain of long running show 8 Out Of 10 Cats with Jimmy Carr. She is part of the 2017 cast of hit Dave show Taskmaster and is a regular on big shows like Qi (BBC1/ Netflix) with Stephen Fry and now the inimitable Sand Toksvig, 8 Out of Ten Cats Does Countdown (Ch4), James Corden’s A League of Their Own (Sky), The Big Fat Quiz of Everything (Ch4) and The Last Leg (Ch4).

Having been a working writer and actress for years, she gave stand-up a go in 2011. A year later, in what was a surprise to scientists everywhere, Aisling became the first woman in 20 years to win the prestigious So You Think You’re Funny? competition for new stand-ups, then another year later, her debut solo show at the Edinburgh Fringe, C’est La Bea sold out it’s entire run, received four and five star reviews across the board and she was nominated for the Foster’s Best Newcomer Award (formerly The Perrier Award). Then another year later in 2014, she won the British Comedy Award for Best Female TV Comedian. Her second Edinburgh hour in 2015, Plan Bea sold out it’s entire run in three days and had extra shows added due to demand.

She has performed all over the world from LA to Malaysia and was invited to the Montreal Just For Laughs Festival this summer, 2017 and in 2012. Other festival appearances include Riot LA, Latitude and Electric Picnic.

In 2015, she also trained in real wrestling to take part in the one off spectacle The Wrestling, where comedians and real WWF wrestlers battled each other. It was her proudest moment. Her radio and podcast credits include Paul Scheer’s How Did This Get Made?, The Guilty Feminist, The Comedian’s Comedian Podcast, Radio 4’s Fresh From The Fringe, Clive Anderson’s The Guessing Game, (BBC Radio 4), David Baddiel’s Don’t Make Me Laugh(Radio 4), Bad Language, Radio 1’s Live from The Edinburgh Fringe and Listomania. She performed one on her own short stories Kill Dilly on Radio 4’s afternoon readings Comic Fringes and her Radio 4 series Micks and Legends, which she co-wrote with Yasmine Akram, was nominated for a Chortle award and given a second series which aired in February 2014.