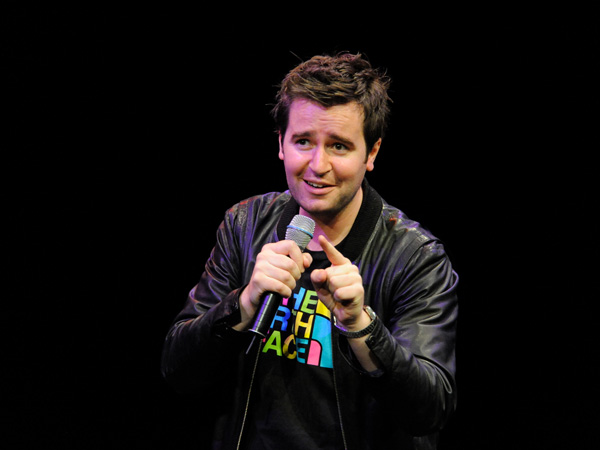 Award Winning Stand Up and Host

Jarlath Regan is a stand-up & the creator of the award winning Irishman Abroad podcast series.

Following a brief stint in advertising comedian, writer, illustrator and awards host Jarlath has been making a living from performing since the age of 24. He’s worked across Ireland, the UK and the rest of the world including the Edinburgh, Montreal, Chicago, Melbourne, New Zealand and Dubai Comedy Festivals; showcasing his observational story telling style.

“Quite frankly, every single young person reading this should go download this podcast and listen to it every week for the rest of time.” – The Guardian

A Bit More About Jar:

Jarlath was raised on the windswept plains of the Curragh of Kildare he dreamed of being a professional basketball player but shelved the ambition due to combination of injuries and on the early on-set of “cop on”.  The NBA’s loss has been stand-up comedy’s gain.

“Side-splitting stuff…causes near hysteria in the room”
Metro


During a period as an advertising account executive he became disillusioned and decided to try his hand at comedy. After winning a place in the final of the BBC and Channel 4 new comedy awards, he began gigging around Ireland in small bars, pubs, community halls and hay barns. After a while he went to the Edinburgh Fringe Festival with his own solo show.

“an unstoppable, relentless, never ending flow of fantastic tales and over the top mind blowing observations making the audience laugh so much that trying to stop was as impossible as dealing with the hiccups”
DB MAGAZINE (Australia)

He first appeared on TV as part of Dara O’Briain’s cult hit show The Panel and went on to perform on ITV’S Live At The Palladium, Russell Howard’s Good News on the BBC, Comedy Central’s The World Stands Up and NBC’s Last Comic Standing among others.

For years he has made bizarre greeting cards for Christmas, breakups and other special occasions. He has published two books of these cards with the help of Transworld Ireland for Random House.  The first book, “How To Break Bad News” became an instant best-seller and something of a cult classic.

As a writer he has contributed material to several primetime TV and radio shows and has been a columnist for The Irish Post.

He made a little bit of history by becoming the first comedian to record a live album in Dublin’s Comedy Cellar – the venue that gave birth to Ardal O’Hanlon, Tommy Tiernan and Dylan Moran.